skip to main | skip to sidebar

This year was Jude's first Christmas. We celebrated on Christmas Eve because of work schedules. But it took Jude almost a week to open his presents and like many other babies his age, he was way more excited about the wrapping paper:)

Even though Jude was only 5 months during his first Christmas he was already shaking and unwrapping presents early:) 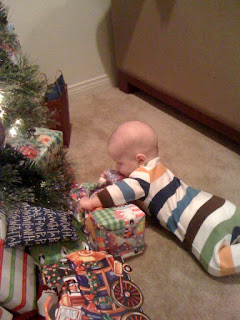 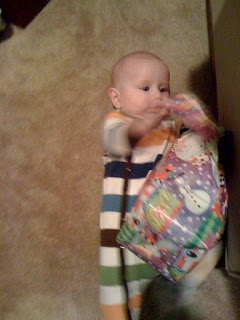 Christmas Eve Day Jude got his first taste of baby food. He ate sweet potatoes for the first time. 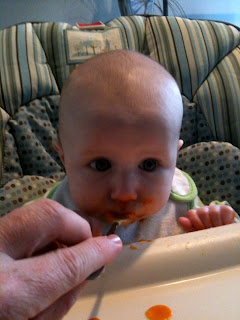 The week before Christmas Jude went to visit Santa, not sure what he asked Santa for but it made Santa laugh pretty hard. 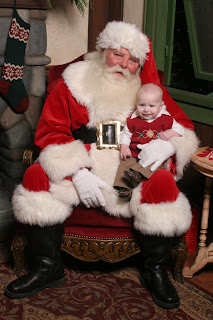 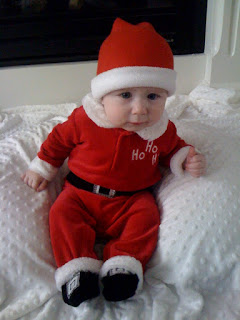 The last week has been one full of milestones for little Jude. We look forward to seeing him grow and change over the next year!!:)
Posted by Bek at 10:51 PM 1 comment: 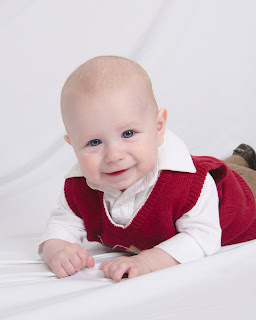 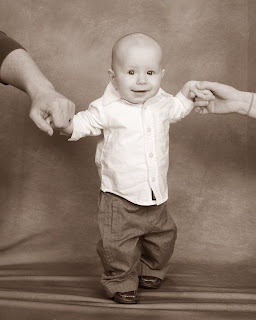 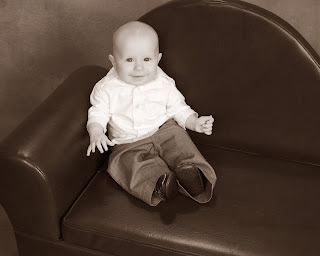 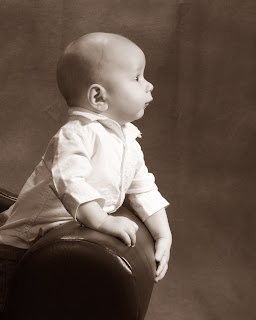 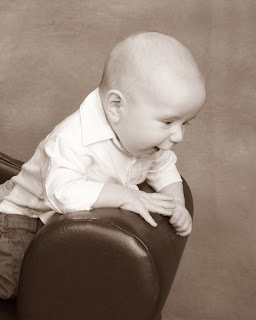